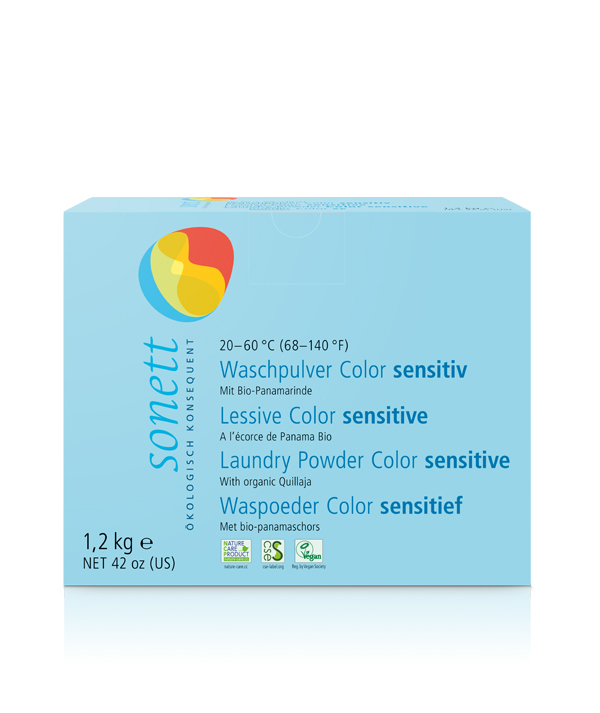 Note for people with allergies 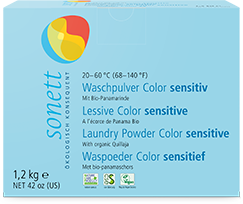 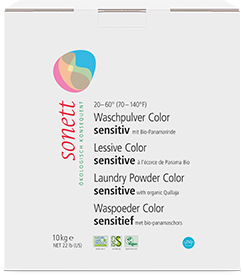 Highly concentrated laundry powder indicated for every coloured and delicate fabric, containing organic Quillaja saponaria extract, which is famous for its efficient fat-dissolving performance. It contains no petrochemical lime bonding agent such as poly aspartic acid, but merely the natural salt of citric acid (citrate).

Suitable for all ranges of water hardness; no separate softening agent necessary.

Coloured and delicate fabrics made from cotton, linen, synthetic fibres and fabric blends are washed very efficiently, the laundry powder being gentle on the colours; from as low as 20 °C (68 °F). Suitable for HE washing machines. 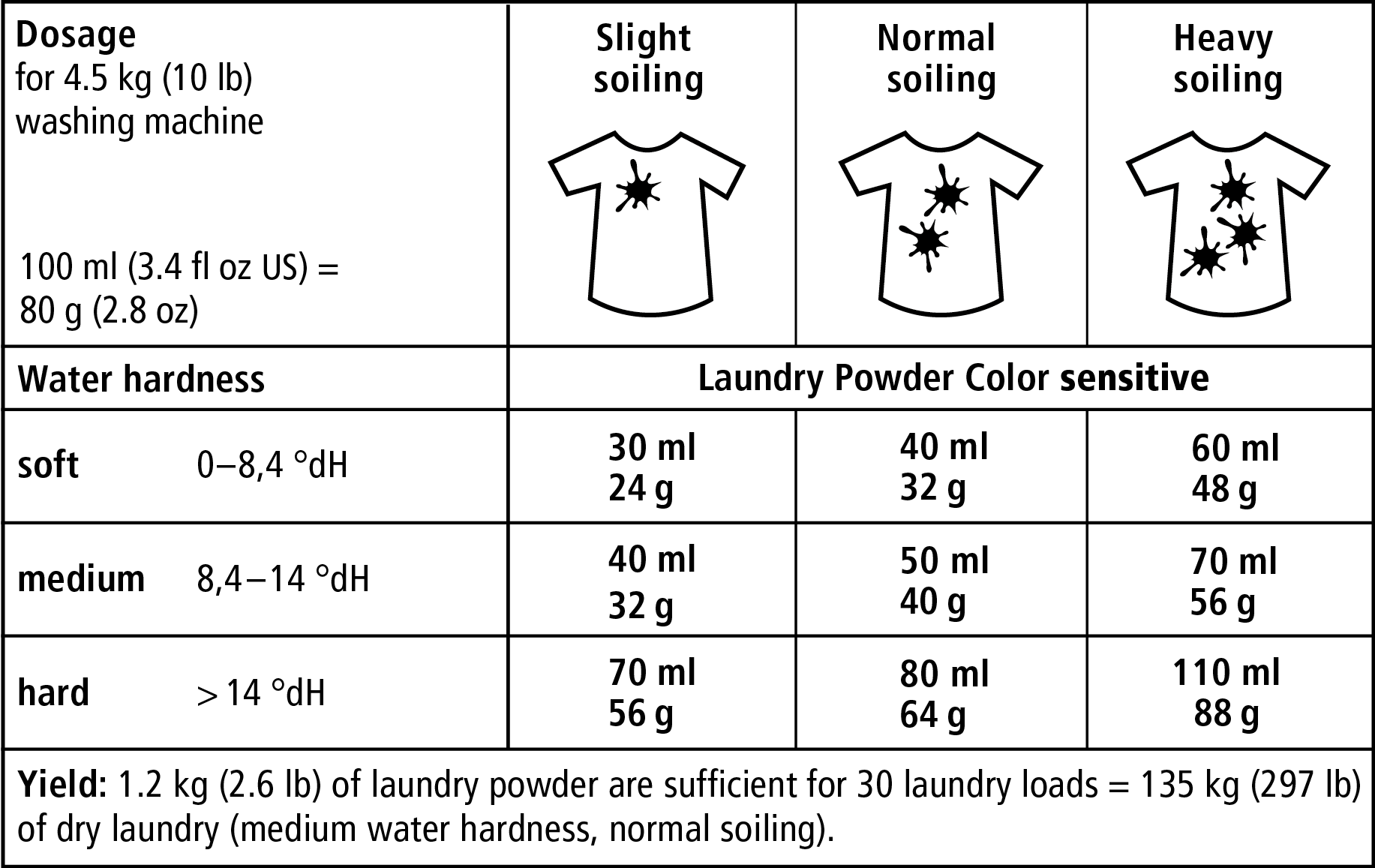 Origin and properties of the ingredients

The main active ingredient of the Sonett Laundry Powder Color neutral is organic soap, manufactured from various plant-based oils from organic cultivation – such as palm oil, rapeseed, sunflower and coconut oil – by simmering them with alkaline solution. Soap as an active washing substance uniquely amalgamates all of the properties required for the washing process – the moistening, dissolving, and absorbing of dirt.

Sugar surfactant: Sugar, starch and coconut oil are the raw materials for the sugar surfactant used. It intensifies the fat-dissolving performance of the soap and has the effect that, in case of hard water, the calcium soap being formed and the dirt are kept finely dispersed.

The third active ingredient is organic Quillaja. By extracting the liquid from the bark of the South American organic Quillaja saponaria, a stain-removing agent is obtained which is highly efficient yet gentle on the colours and develops its cleansing performance even at low temperature. Sodium carbonate is a result of calcium reacting chemically with common salt. Silicates are obtained by melting quartz sand and sodium carbonate to form a compound.

Sodium carbonate and silicates both intensify the washing lye, thanks to their alkalinity, and promote the removal of fatty substances in particular. Zeolite and citrate, the salt of citric acid, both bind limestone in the water and prevent deposits in the washing machine and on fabrics. Zeolite is made from the raw materials sodium silicate and sodium aluminate which are easily accessible. This silicate works according to the principle of the ion exchange device, i.e. trapping the calcium and magnesium ions the cause of hard water, thus producing soft water for washing with soap detergents. Citrate obtained by fermenting sugar-containing by-products such as molasses, binds limestone particularly at low temperatures.

Soap made from vegetable oils has one outstanding feature compared to all other active washing substances, namely that, right after its use, it loses its surface active properties immediately on chemically reacting with the calcium that is always present in waste water, and neutralises its effect on live organisms (primary degradation). The calcium soap is then, by microorganisms, 100% degraded into carbon dioxide and water (secondary degradation). Despite the fact that during the manufacturing of sugar surfactants, coconut oil alcohol sulphate and sulphated castor oil, constituents are being extracted from the plant-based raw materials starch, sugar, and fat, they remain completely intact in their natural molecular structure. For this reason it is relatively easy for the microorganisms to 100% decompose these surfactants. Sodium carbonate, sodium bicarbonate, zeolite and silicates are mineral substances which need no further degradation in nature. Soap, sugar surfactant and citrate are classified as being readily biodegradable according to OECD guidelines. 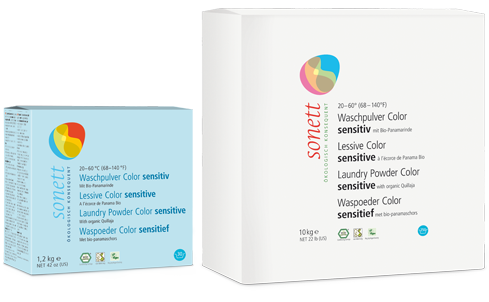